If you simply ask a question, what is the most wanted thing in the world? The answer should be “Money”. Basically the world is running for it. It is a medium of exchange with a value that everyone trusts.

What is Money? Is the most necessary thing in this planet and possesses general acceptability. Do you know how many types of money exists? Find out here!

If you don`t have money, you won`t be able to fulfill your any kind of demand.

So let’s find out more about what is money and different types of money.

According to Wikipedia, “Money is any item or verifiable record that is generally accepted as payment for goods and services and repayment of debts, such as taxes, in a particular country or socio-economic context.”

According to Prof D.H. Robertson, “Anything which is widely acceptable in payment of goods, or in discharge of other kinds of obligation is money”. It is generally accepted as the medium of buying or exchanging products or goods. A medium of exchange can be anything that is broadly used for payments around the world, such as bank note or some valuable metals like gold.

Usually when people around the world, use something as a medium of purchase or exchange, it becomes money. It`s always easy to use to buy goods and services. It is also defined as “currency” or “cash”.

Nowadays, the expression online money is used very often, especially when buy or sell something on internet.

From the ancient times the people have been experimenting with money and coins. Some of these innovations have survived the test of time. For example, the use of precious metals lasted for thousands of years. Paper money and banknotes are also being used extensively and for a long time. The first paper currency was introduced in china in 806 AD due to a shortage of copper.

The evolution of money and currency has existed since the beginning of human history. The currency system has come a long way from cattle to bitcoins. Let`s take a look at the evolution of Money:

The practice of exchanging goods and resources over long distances was first introduced by modern humans in Africa in 128000 BC. Some of the earliest trade routes were developed in 80000 BC. From 9000 to 6000 BC, cattle and grain began to be used as a medium of exchange for other goods and services.

Interestingly, capitals, stock, bucks, fees and many of the economic terms related to meaning in English originate from the animal trade.

The first coins were introduced in 1000 BC by the western Zhu Dynasty of China. In the year 686 BC, the king of Aliattes of Lydia (present Turkey) first introduced coins in the western world.

The Chinese emperor Hiuen Tsang was the first to introduce paper money in 806 AD due to a shortage of copper. In 1661 AD, Sweden introduced the first paper currency in Europe.

Interestingly, before Marco Polo traveled to the far east in 1275, Europe did not know about currency of paper.

The Bitcoin is the world`s first digital currency. It was launched in 2009 in Japan. The first Bitcoin transaction took place on May 21, 2010. With the introduction of  Bitcoin, new chapter in the history of money has already began.

In recent years, the war on cash has intensified. Governments and Central banks around the world have called for the abolition of high-value banknotes. This anti-cash activity has already been implemented in several western countries.

We havealready discussabove about the commodity, goods or other things which is considered as money. Now we are going to discuss about the classification of  money. They are:

The commodity sort of money involves commodities, like cattle, grains, leather, skins, utensils, and weapons. However, within the times, commodity money isn’t preferable. That because it lack certain important characteristics of cash, like: uniformity, homogeneity, standard size and weight, portability, and divisibility. More specifically, commodity money is that the simplest and, presumably, the oldest sort of money.

In other words, the commodity itself becomes money.

Fiat money is basically the paper money which is issued by the state bank. Paper money gets its value from a government order.

The government declares paper money to be tender, which needs all people and firms within the country to simply accept it as a way of payment. If they fail to try to so, they’ll be fined or maybe put in prison.

Unlike commodity money, paper money isn’t backed by any physical commodity. By definition, its intrinsic value is significantly less than its face value. Hence, the worth of paper money springs from the connection between supply and demand. Latest economies are supported a paper money system.

Samples of paper money include coins and bills.

Fiat means declared by the government.

This is how all monetary systems currently work . International trade requires converting one currency to a different so as to form payments. Because we’ve free markets, each country’s own currency will change in value relative to every other’s currency supported everyone’s desire to carry such currency. Some countries prefer their rate of exchange to be fixed, or pegged to a different currency or commodity.

During a fiat system, the worth is additionally impacted by the perceived threats of inflation. As an example, the government can prefer to print extra money than its natural rate of growth and cause concerns. But most countries, like America, prefer to borrow money via bond issuances instead of resort to easily creating money.

A commodity-based currency, (e.g. gold, silver, platinum, copper, oil) has value supported its convertibility there to commodity. The government promises to form available to the currency holder, that commodity if requested.

It’s important to notice here if a rustic begins to deny convertibility, it’s essentially become a fiat currency. And this is often what happened when industrial nations were growing faster than the availability of gold within the period 1875 to 1975. Exchange rates for a commodity-backed currency, say gold-backed, derive their value based solely on the availability and demand for that commodity. So, essentially, the value of imports could go up dramatically just because the foreign government mined and stored gold or the importing country mined and stored less gold relative to the opposite country or relative to its own economic process .

And, the reverse is true. Therefore, a rustic would frequently experience rapid inflation in one year and rapid deflation the subsequent year. Such situations negatively affect long-term investment, profitability, interest rates, and trade. This is often the intense weakness of such systems. The sole advantage is that savers had greater stability. Another weakness is that growth isn’t maximized and governments aren’t ready to stimulate growth without a penalty to its rate of exchange.

Checkable deposits, which are balances in checking accounts, and traveler’s checks are other sorts of money that haven’t any intrinsic value. they will be converted to currency, but generally, they’re not; they simply function a medium of exchange. If you would like to shop for something, you’ll often pay with a check or a open-end credit . A check may be a written order to a bank to transfer ownership of a checkable deposit. A open-end credit is that the electronic equivalent of a check.

Money has now taken the place of all commodities. Later coins were replaced or supplemented by paper money for the explanations of economy and convenience. The bank check, drafts and promissory notes came into use additionally of currency to function the foremost important sort of money. However, today each country has its own medium of exchange and therefore the money isn’t usually acceptable outside its borders.

In fact, this is often one among the explanations which makes international trade different from internal trade. Money wasn’t invented overnight. The event of cash was rather slow. It’s the results of a process of evolution through several hundred years. The different sorts of money indicate the various stages of the event of cash . Wheat, corn, tobacco, skins, beads, gold, etc. Even live animals served as a medium of exchange at different times in several parts of the planet . Rulers altogether lands found that creating coins may be a profitable business and took it into their own hands.

Money is such a kind of thing, that can be very difficult to obtain. It`s not easily available everywhere and for everyone. But if you navigate in this blog, for example :-), you can find 6 ideas how to earn money online from home ! 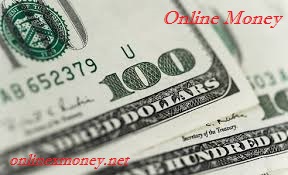